From Amazon.com: Emphasizing its historical, methodological and constructive dimensions, Religion and Science takes the pulse of pertinent current research as the interdisciplinary study of science and religion gains momentum. This collection of original essays is well suited for an advanced introductory course to religion and science.

Religion and Science has three sections, corresponding to the three words in the subtitle. The first covers the history of science-religion relations, particularly in the west. The second section analyzes key methodological debates in the field. The third contains a set of case studies on science-religion topics. Each case study consists of two or three essays presenting perspectives on the topic from the sciences and from religious thought.

Science and Theology in the Enlightenment by John Hedley Brooke

The Quest for Harmony: Theology and Science in Contemporary Perspective by Wesley J. Wildman
Science, Religion, and the Future by Holmes Rolston, III

Theology And Science: Listening To Each Other by Nicholas Wolterstorff

Postmodern Apologetics, Or Why Theologians Must Pay Attention to Science by Nancey Murphy

Rationality and Christian Self-Conceptions by Philip Clayton and Steven Knapp

On The Nature Of Theology by Nancey Murphy

Is Holistic Justification Enough? by Philip Clayton and Steven Knapp

Case Study I: Cosmology and Creation

T=0: Is it Theologically Significant? by Robert John Russell

The Molecular Biology of Transcending the Gene by R. David Cole

The Theology of Human Agency and the Neurobiology of Learning by W. Mark Richardson

Theological Perspectives on Morality and Human Evolution by Philip Hefner

Reflections on the Dialogue by Philip Hefner and William Irons

Appendix A: Suggestions for Further Reading
Appendix B: Contributors

Paul Davies, Professor of Physics, Adelaide University, and Author of The Mind of God: “In this scholarly and wide-ranging volume, many of the world’s leading thinkers at the science-theology interface share insights with each other and with the reader. New discoveries and concepts at the forefront of science and illuminating age-old theological questions, and demand clear, critical analysis. No finer collection of essays can be found that confronts these exhilarating challenges head-on. This impressive book is a must for students, scholars and researchers alike.”

Ted Peters, Professor of Systematic Theology, The Center for Theology and the Natural Sciences, Berkeley: “This is perhaps the most comprehensive collection of essays yet by the key scholars in the burgeoning field of Theology and Natural Science. Richardson and Wildman have done us all a favor; they have given us THE book for knowing the field to date.”

Charles Townes, Professor of Physics, University of California at Berkeley, and winner of the Nobel Prize for Physics: “This collection represents a rich variety of viewpoints and discussions by a remarkable selection of perceptive and thoughtful experts. It is a valuable source of ideas and perspectives on the interaction of modern science and religion.”

Willem B. Drees, Professor, Free University, Netherlands: “This volume offers three books for the price of one: excellent essays on the history (and future) of science-and-religion; a debate, in two rounds, on method; and six case studies where a scientist and a theologian are engaged with contemporary science. The [book] will be valuable to students in the process of sorting out their own opinions on religion, science and their interactions…[and] extremely useful for somewhat advanced courses on science and religion, for theology students as well as for students in humanities and the sciences.”

Howard J. Van Till, Professor of Physics, Calvin College: “It is imperative that scientists and theologians engage in candid dialogue-not to settle some ill-conceived turf battle, but to explore how each might contribute fruitful insights in our quest for knowledge concerning the nature and purpose of our being. This volume us a library of exemplary contributions to this endeavor by leaders in the theology-science dialogue. The authors explore challenging questions and avoid the temptation to supply easy answers for the intellectually lazy. Richardson and Wildman have assembled a treasure house of resource material for all who wish to think critically about this important and contemporary issue.”

Kevin Sharpe, Professor, Union Institute Graduate School: “The science-religion dialogue has become exciting and progressive, fi the presentations in this handy book are anything to go by. An essential guide for students, scholars, and others interested in this new field, it provides diverse and original views that wrestle with issues at the frontiers.”

George Ellis, Professor of Mathematics, University of Cape Town: “I have looked through…Religion and Science: History, Method, Dialogue and am impressed by it. It has been very carefully conceived and well put together. It will be an invaluable resource for anyone running courses on religion and science, particularly because of the well-considered historical and methodological sections that precede the various case studies and the selected references that follow, together making it a well-rounded whole. It will provide students in this area with a sound foundation for their studies.”

Fraser Watts, Starbridge Lecturer in Theology and Natural Science, University of Cambridge: “Richardson and Wildman’s Religion and Science is sure to prove a most valuable resource, and I anticipate that it will be widely used as a course text. It covers general issues (historical and philosophical) and then presents a series of case studies on critical points at which theology interfaces with the physical and life sciences. The dialogue format of these case studies opens up debate and advances discussion in a most helpful way. With a well thought-out structure, distinguished contributors, and clear and scholarly writing, this book can be assured of a warm welcome by all those concerned with the dialogue between theology and science.” 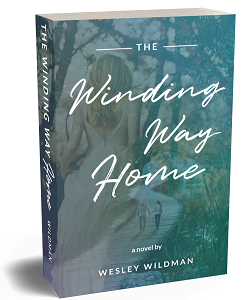